Profile of an exhausted runner resting after running in city outskirts at sunset
reading time: 6 min.

Youhave recently started running or have been doing it for some time, yet answering this question is not easy. Time constraint, for example, might be your limit, but today let’s talk about how healthy it is to run before you say, “Okay, that’s enough: I need to stop.”

Among the many questions you are generally asked as soon as they know you run – in addition to the mythical “Have you ever won the New York City Marathon?” – there is also another great classic: “Do you ever stop? Do you really run for an hour or more without ever stopping???”

The detail that is surprising in this case is not that adult people can do something that most have stopped doing as teenagers, but that they even do it without ever stopping in the process.

I for one never stop. I don’t deny slowing down and doing some stretches by walking but it happens more when I reverse direction to go back or when I want to slow down a bit (it happens when going at supersonic speeds). I never get to stop, picking daisies or looking at the landscape (except during trails, because the scenery in that case forces one to stop).

The American website Livestrong addressed the issue in a useful and clever way, that is, it tried to explain with sports physician Jason Machowsky of the Hospital for Special Surgery’s Sports Rehabilitation and Performance Center what is the threshold beyond which it is permissible to stop, and related it to training levels. Indeed, it is easy to see that fitness affects the ability to endure longer or shorter periods of time when engaging in a prolonged activity. Beginners tend to endure less, and vice versa happens to those who have been running for a long time. But let’s go step by step, starting with those who are just getting started.

You have run and a casual reading of Runlovers convinced you that because everything happens for a reason, fate was sending you a signal? In short: you decided to try running. First of all: welcome.

Secondly: your body is more trained to a sedentary lifestyle than to movement and therefore needs to get used little by little to the change of pace.
To do this, we first recommend you our program to start running.

Have you tried it? Good! This means that you have gone from being totally sedentary to being active. You’re not convinced that it’s going to be your future but let’s say that exceeding a certain timeframe seems like an interesting goal? In this case the limit is 20 minutes: if you are a running newbie, you have to train to reach that limit, step by step and alternating running and walking, so that you become familiar with the effort.
The advice is then to always proceed in small but continuous increments: first get to the 20-minute threshold, then move it to 22, then to 25, then to 30. In a relatively short time you will reduce the walking fractions and get running to 45 and then 60 minutes, which is the average (in the most common sense) duration of a running workout. 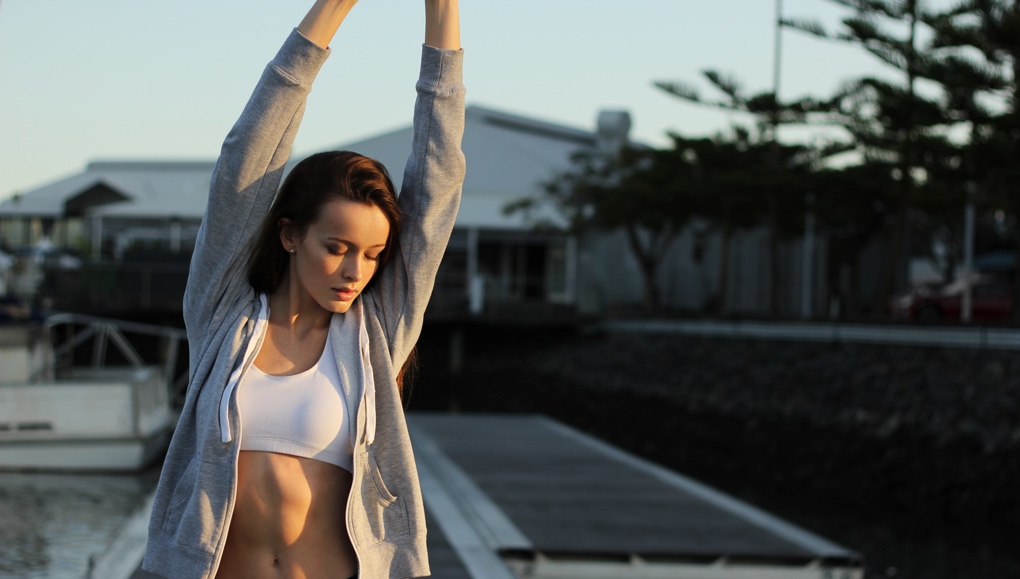 Not everyone necessarily starts running for the first time: there are also those who resume running after a more or less long period of inactivity.
In this case, your body comes to your aid: in fact, it has a memory that “remembers” your past fitness. This does not mean that you can resume running at your former pace and distance right away, but you can recover that state faster than someone who starts from scratch.

In your case, the threshold you should try to reach, at least in the beginning, is 30 minutes, to be increased gradually.

It is always important, especially in the beginning, to alternate running and walking. For example, running for 3 minutes and walking for 1, until you reach 30 minutes.

Why not just run? The reason is simple: the body needs to “wake up” from prolonged inactivity, and doing it too brutally puts you at risk of injury. If you then get in the habit of listening to it (which you should always do anyway, even if you are in perfect fitness shape), you can better understand when to reduce fractions of a walk and finally when to quit them.

You are a runner

Well, what do I have to tell you? You train consistently and you already know everything. Not necessarily: in this you and we are helped by science that explains what is the recommended amount of physical activity. According to guidelines from the American College of Sports Medicine and the Centers for Disease Control and Prevention, adults between 18 and 65 years of age should do 30 minutes of moderate activity a day for 5 days a week, or 20 minutes of vigorous activity for 3 days. By “moderate” we mean that activity that still allows you to talk, by “intense” that one during which sustaining a conversation is much more strenuous.

The most classic weekly training program for intermediate runners who just want to keep fit and have no competitive goals is the “2+1” form: two 10k workouts during the week and the long run on the weekend.

As always, listening to you body and not overdoing are of utmost importance-there are many people who run every day and achieve significant weekly mileage. The advice in this case is to do so but keep the effort within 70-80% of one’s capacity, especially not to expose yourself too much to the risk of injury.

Finally, another very useful piece of advice is not to be single-issue and therefore to alternate types of training. For example, let’s say you have a physical need to move every day: you could run every other day, and on the days you don’t run, practice cross-training or other workouts, such as swimming, biking, or floor exercise. Machowsky’s advice is to choose workouts that let the muscle groups most stressed by running rest and focus on others. Do core, for example, which is always a very useful and functional workout for running.

Can’t manage not to run the day after doing repeats? Then do it but very slowly. By doing so, you will not overstress already fatigued muscle fibers but rather, you will increase blood circulation in those regions, accelerating their rebuilding.

How to make running a pleasant habit