Will Milan be only for bicycles?

The project is called”Cambio” and was unveiled late last year. It involves not only Milan but, more extensively, the entire metropolitan area of the city, with a total of 750 kilometers of walkable bicycle paths.

Described in this way and beyond the undoubtedly large numbers, it might seem to be another ambitious project to push the entire territory to become bike-frienly. Studying it in more detail, however, it becomes clear that Cambio is a more complex integrated system with a specific purpose (to enable as many people as possible to get around by bicycle, limiting or eliminating the need to do so by car) but with other, not secondary goals, such as increasing the safety and well-being of citizens, consequently having positive impacts on the health care system. Let’s try to understand how.

Why doesn’t Italy ride a bike?

Or perhaps it would be better to ask: Why don’t Italians ride bikes much more than they already do? The answer in this case is simple: riding a bike is not entirely safe because our cities are designed for cars. The streets are made to accommodate mechanized flows (not only cars but also buses, streetcars, motorcycles, mopeds) and then, laterally, pedestrians. Bicyclists, who are often compressed into bike lanes made from slices of waste asphalt and certainly not regarded as road users on par with motorists, find no or little room in this system.

Cambio’s solution is to-and herein lies the revolution-to instead prioritize bike lanes or at least make them a safe and often preferable alternative to a driveway. How to achieve this goal? First, by studying a road system that to a large extent is independent of the existing one so that we do not have to ask for permission, so to speak. In fact, Cambio is based on the superposition of 3 road grids: one consisting of 4 circular and concentric lines and a radial one that goes out from the center to the hinterland municipalities (called “supercirculars”) and four green corridors (Greenways) that inscribe the metropolitan area and its municipalities in a large quadrilateral whose sides are located on greenways, parks or environmental areas of great beauty.

Services at your fingertips

Cambio is also designed so that 80 percent of its main services (stores, schools, hospitals, public offices) can be reached within at least 1 km of any of its lines, and service can cover 86 percent of its population.

I speak of “lines” because looking at Cambio’s map one can see something familiar: in fact, it seems to be in front of the plan of a subway network. There are stops, there are different colors (circular lines are all blue, radial lines have different colors, greenways are … green!), there is dedicated and easily recognizable signage. 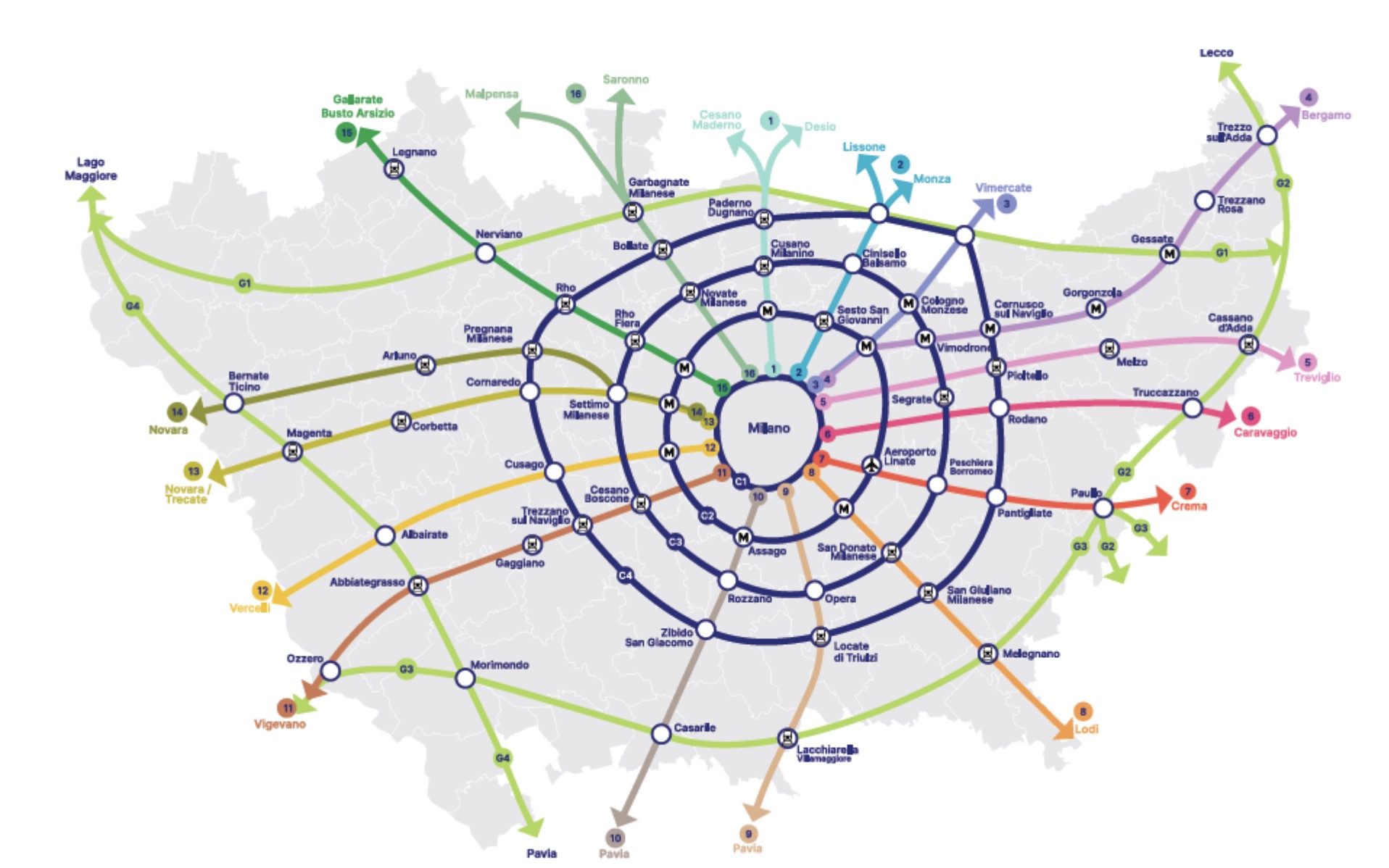 By prioritizing a mode of transportation now universally recognized as faster and zero-impact, the benefits are manifold. Indeed, it is not only a matter of enabling people to move around easily but other are the spin-offs, in the long run even more interesting. The more we move, the more the overall well-being increases and therefore the lower the burden on the health care system. The less people are forced to use cars, the less pollution. The more people can move on roads dedicated to them, the more conflicts with other streams (particularly the mechanical stream) are minimized, thus reducing accidents and thus an additional burden on the health and production system. 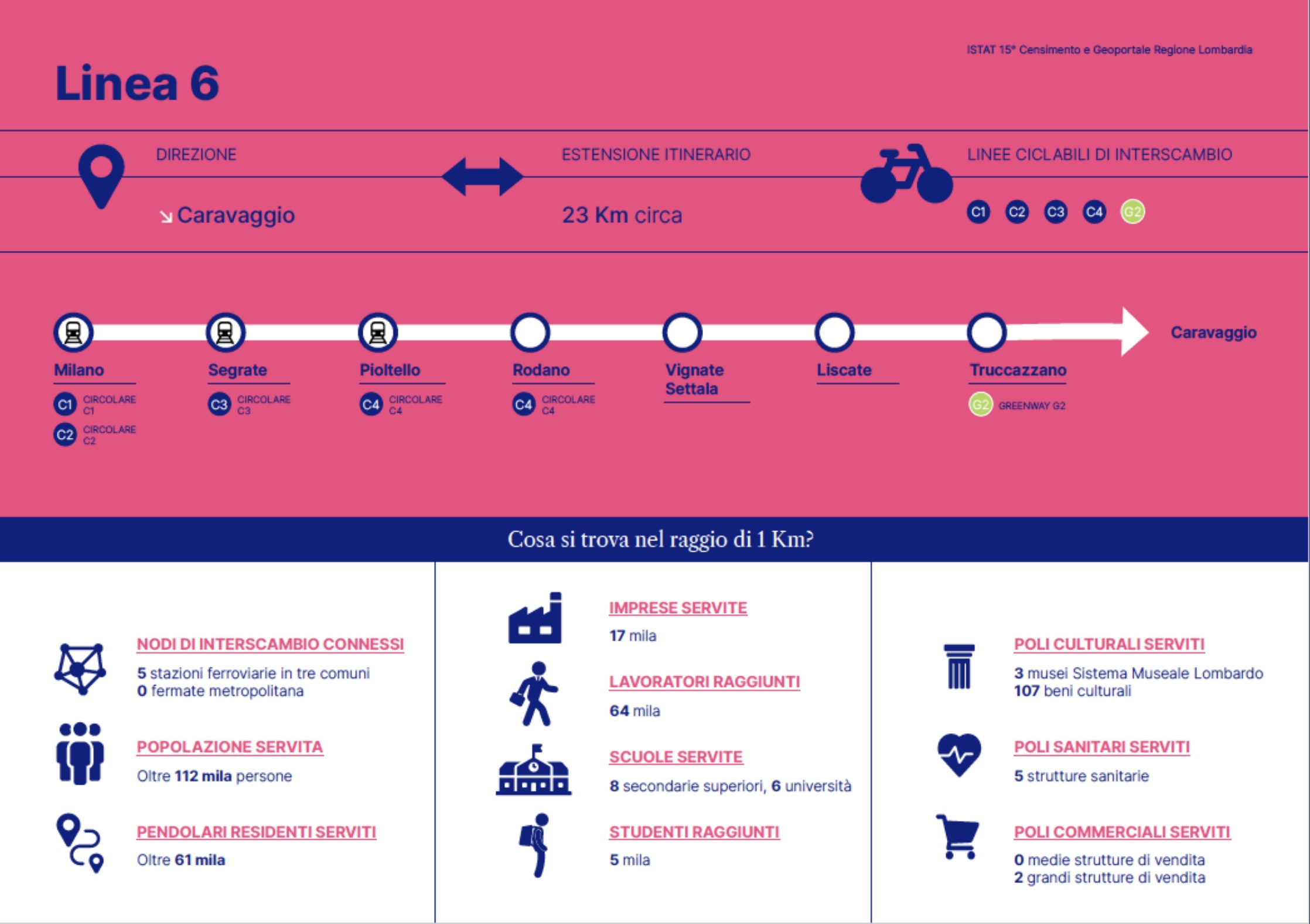 How much will it cost?

The projected cost of Cambio’s construction is 250 million euros. It may seem like a lot but, as always, it is more important to assess the big picture: spending a significant amount of money now on such a large project can add up to savings of up to a billion euros in Milan in terms of health care costs, lost productivity of people involved in accidents and therefore unable to move or, worse, sickened by unhealthy environmental conditions.

The ultimate goal is to be in compliance with the Paris Accords by 2050: zero emissions and a mobility system that makes everyone safe, allows people to get around quickly and improves overall well-being.

Isn’t that a beautiful perspective?