You may have happened to see some very peculiar shoes on someone’s feet. Maybe you’ve seen them in races as well, maybe you own them too. We are talking about the so-called “Super Trainers (ST).” What are they all about? The name describes them well: they are for training and they are super. The latter is the part that attracts the most, isn’t it? What do they ever have that is super? You only have to look at them to see why: their midsole is definitely very important, so much so that in some models it reaches a thickness of more than 50 mm.

To understand how much of an “exaggerated” size this is, it is best to make a comparison: running shoes have midsoles with stacks that generally range between 23-25 mm for the faster ones and 30-35 for the more protective ones.
But the differences do not end there, partly because otherwise the existence of these super trainers would not be justified.

What’s different about them

The main difference, as already seen, is theheight of the midsole, which is around 50 mm but can be even thicker in some cases.
The compounds used are then different from the “normal” ones: either they are special versions of the classic EVA ones or they are made of completely different materials. In the former case, the EVA is lightened by nitrogen or CO2 injection without compromising-in fact, increasing-elastic response; in the latter case, it is TPU or PEBA compounds declined, depending on the brand. In both cases, the results are: extreme lightness and elastic response.

The very high profile also results in a change in the height of the center of gravity, so that at first glance they might give the impression of being unstable. In truth, their footprint is larger size and compensates for their height and makes them very balanced. However, this does not mean that they can fit everyone, but more on that later.

To top it off, STs generally do not have carbon plate or similar inserts in the midsole. Some models actually have them. This is the case of the Nike Alphafly NEXT% 2 or the adidas Adizero Adios Pro 3, and it is no coincidence: both models are in fact for race, but today we are talking about training, right?

What do they have in common

Except for the sole/midsole system, the uppers of the STs are similar to those of their “normal” cousins. Sometimes they can be lighter and use thinner mesh thicknesses, but it happens more often in those with a racing vocation and not in training ones. The reason? Since they are designed specifically for preparation, it makes sense that they would use more durable materials, even to withstand more demanding mileage.

Geometrically, the drop is very similar to that of their regular cousins: in fact, it varies between 8 and 12 mm, which makes them very familiar because they do not lead to changes in the running setting, moving it toward the midfoot.

One final note: their shape might suggest that they derive from the maximal strand, the traces of which have actually been somewhat lost. Maximals, however, have a geometry much more similar to natural running shoes, having no or very small drops. Simplifying, maximals are natural shoes on steroids and super trainers are training shoes–always on steroids :)

What are they for

As mentioned above, their vocation is training. Combined, however, with some very special features:

Does the fact that they are for training preclude their use in competition? Absolutely not: these are still very light and fast shoes, so using them in a race is perfectly understandable, not least because after all, these are the shoes you have probably run the furthest with and are therefore more familiar with.

Being able to use them on any occasion also has another positive side that mitigates their most problematic aspect, namely the cost generally more than 200 euros: In fact, with this expense you can solve the problem of having both a training and a racing shoe because the STs can perform both tasks. In short, you no longer have to consider the cost of two shoes but only one, although-as you can well understand-a shoe that does two different things well cannot do one thing excellently. This means that race shoes are faster than an ST anyway, so if you use them in competition you cannot aspire to your best times.

Who are they intended for and who is best to avoid them?

The problem-and I say this with a smile-is that these shoes are addictive: they’re really fun, they’re really light, they’re really comfortable. You almost wonder that they are also shoes to run fast in and instead they can do it very very well.

The fact that the center of gravity is higher than normal (in some cases as much as 20-25 mm) can be a problem for those with proprioceptive difficulties and those with poor balance.
The consequences of so much cushioning layer on the musculoskeletal system, on the other hand, have not yet been thoroughly investigated, partly because it is a relatively recent technology, being no more than three to four years old (indeed: it has had the big explosion in the last two, thanks in part to the introduction of the ASICS Nobablasts, i.e., one of the first models in this category from a major brand).

Sometimes it is interesting to ask what might have led designers and engineers from different brands to invest in completely new products. The simplest reason is that they respond to market needs, often indicated by some particularly intuitive and visionary brands that have discovered new paths and then opened them up for everyone.
One of the first to have this insight was undoubtedly Hoka, whose shoes with big, wide midsoles initially generated hilarity, at least until very strong athletes started using them (especially in ultramarathons), later followed by the wider public. 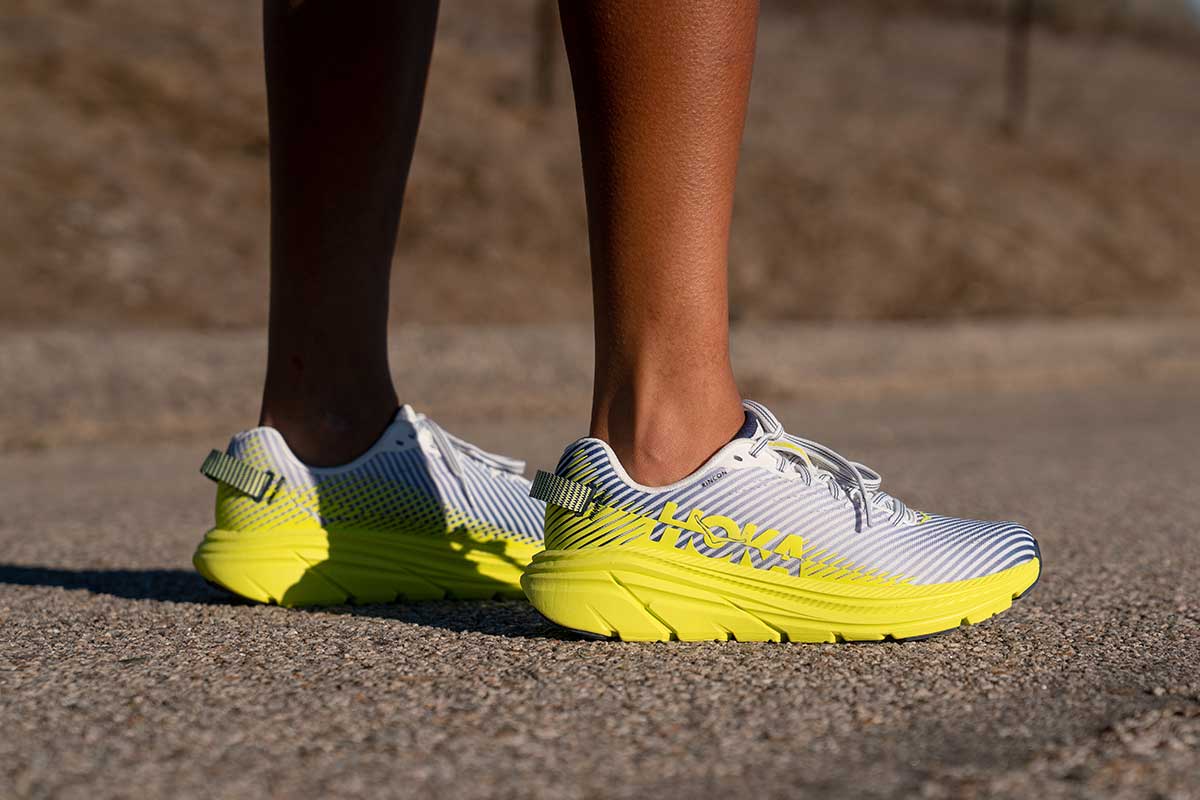 What was the demand coming from the market then? That of shoes that were more comfortable and exposed less to the risk of injury but were also very fun and lightweight. STs are the ideal answer: they are light, they are very comfortable, and they are a lot of fun. And, because of their elastic response, they also make you go very fast.