KilianJornet i Burgada has for years dictated the rules of trail running as we know today. It has certainly redefined many of its limits and pushed a great many athletes to exceed them, as well as a great many amateurs to improve. In all honesty he also deluded many that what he was doing was something that we too could approach, such was the simplicity with which he seemed to do it. I always thought it was a bit like when you look at Roger Federer’s elegance with the racket in his hand: that naturalness of gesture that conceals hundreds of hours of training and unimaginable labors (on this topic I take this opportunity to recommend reading On Tennis: Five Essays by David Foster Wallace).

One day Kilian won everything he could win. He achieved all the goals he set for himself. He’s kind of outgrown the poetry, so to speak. He stops competing, gets a couple of kids in the pipeline, cracks open a couple of beers, and to pass the time he listens to all the back issues of Fuorisoglia. 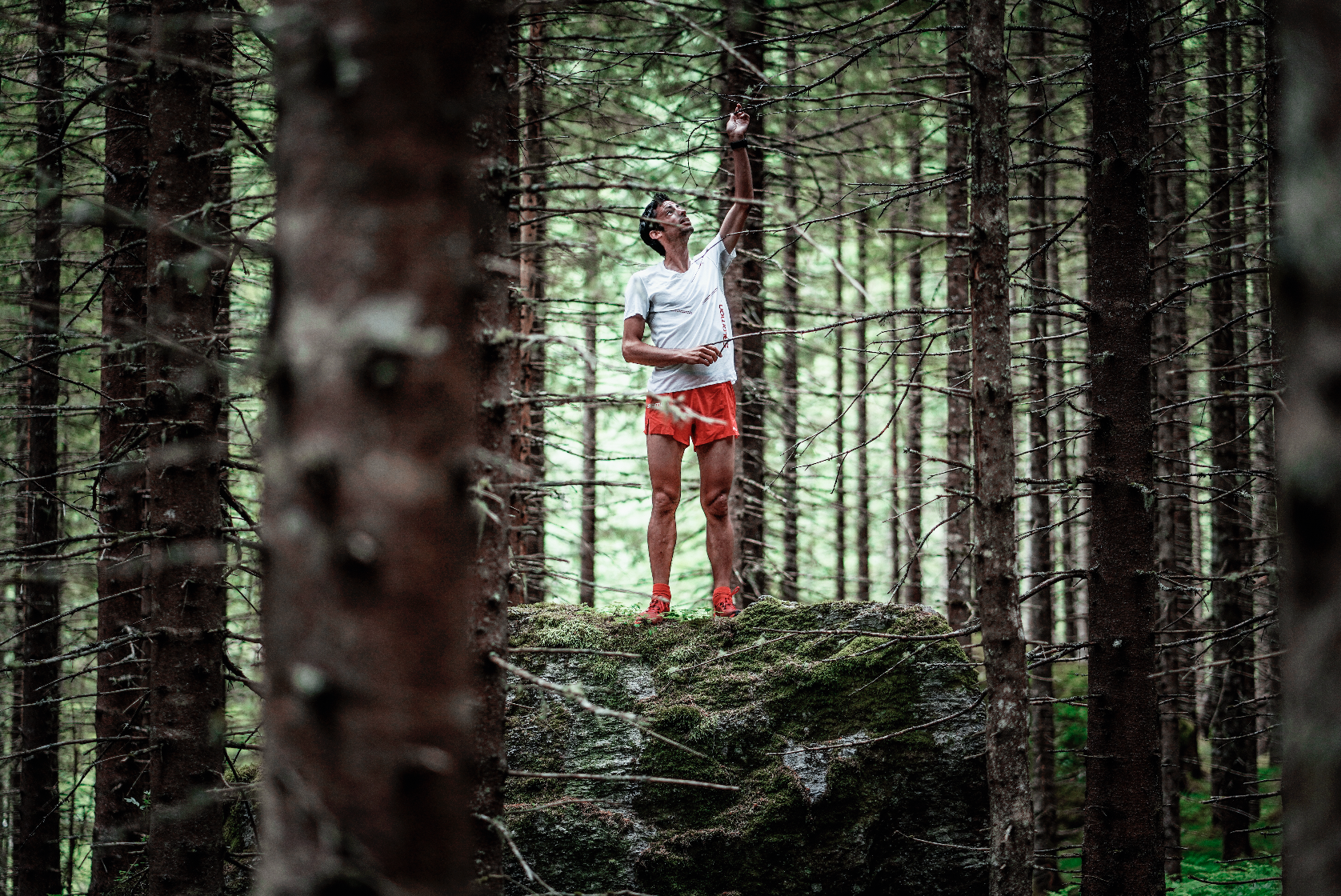 (it seems like a lifetime ago) and here is the first bombshell: after 18 years of very close collaboration announces his departure from the Salomon team, a brand that practically raised him and for which he helped develop some of the best-selling trail products and define its style in recent years. This is not to affiliate with any other brand,” he says, but “to start a new project that I will tell you about very soon. In fact, we’ve been seeing him testing a pair of new shoes for a few months now: it’s supposed to be the first in his new line of trail running and outdoor products, a project-about which we know next to nothing-that appears to be based on environmental sustainability and respect for the planet.

In one fell swoop he announced his participation in some of the most beautiful and important trail running races of the planet: the Zegama-Aizkorri (for friends just Zegama), the Hardrock 100 (among the most beautiful and hardest American 100 miles), the Sierre-Zinal and finally UTMB, probably the latter because he found out that he too will have to collect the running stones to participate from next year. It’s instant hype; the races will probably also be a great time for the launch of his new shoes.

The month begins with another announcement and another abandonment: so much for Suunto wrist devices, a new adventure begins with Coros. I have to say that–of all of them–this is perhaps the news that took me least by surprise; for years Suunto has dominated the trail running world with its excellent hardware and very accurate gps, but I have long found its software compartment to be hugely behind the competition, bordering on obsolescence (its flagship model has then been virtually unchanged for four years). In contrast, Coros is a relatively young brand that is investing heavily in research, whose devices have dreamy battery life, and for which I expect Kilian to actively participate in product development (in addition, the brand has made a respectable buying campaign among elite athletes around the world in the last two years, ever heard of Eliud Kipchoge?). Of all this, however, Suunto seems not to have noticed since on the official website the good K still figures prominently among the ambassadors.

It seems to me, therefore, to expect a particularly interesting year. I do not have the crystal ball and do not know what awaits Kilian Jornet for the future…I feel, however, to rule out a career in fishing for him.