When ASICS introduced the first version of the NOVABLAST back in 2020, it found the simplest way to describe that distinctive heel: “trampoline.” In fact, the reaction caused by running with them was just the same as that which would be caused by jumping on the toe of a trampoline: the more you “crushed” them, the more energy they gave back to you.

That distinctive design has since become the hallmark of this model that was created as a cross-over between a training shoe (so it can also be used in the gym) and a running shoe and aimed at younger runners, and it has since been appreciated a bit by all ages. There are those who see it as updated and modern (the young) and those who find it aggressive and dynamic but just the right amount, i.e., the more mature (i.e., us, no use getting around it).

In short, NOVABLASTs do not go unnoticed, but they also, and above all, have technical qualities of absolute respect: lightness, comfort and very powerful energy return. 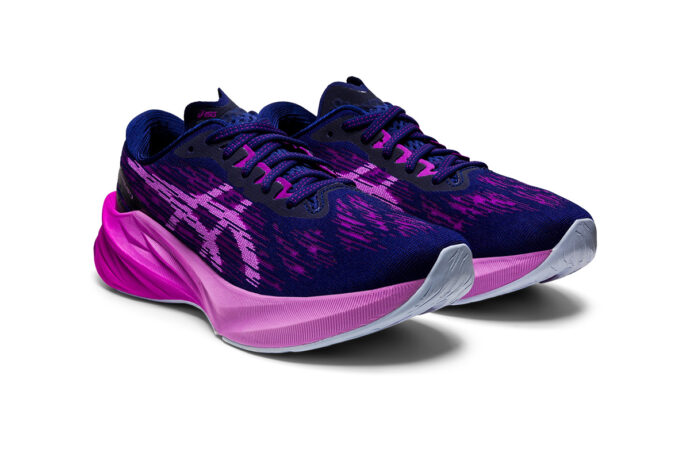 How to improve them?

A shoe can be worked on by changing the design and operating on the technical characteristics. ASICS has chosen to operate on both fronts.

The aesthetics of the shoe have changed toward a lightening of the upper markings and a more fluid sculpting of the midsole, which is now less gusset-designed and more streamlined, as if shaped by aerodynamic flows.

The most noticeable difference from previous models is the design of the tongue: it now ends in a fork shape and is more stable during running. The heel has also been redesigned and reinforced. 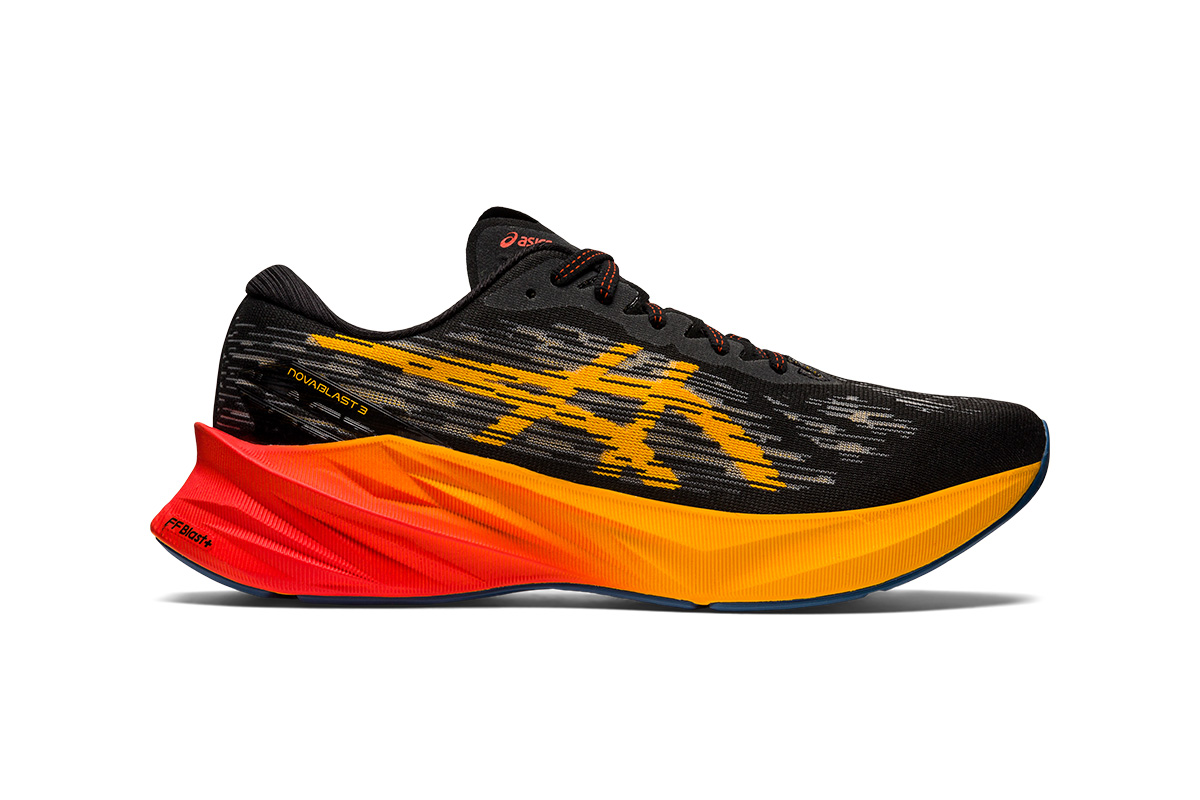 In the technical department, on the other hand, ASICS has managed to further lighten (and by as much as 22 grams) a shoe that nevertheless always gave the impression, once worn, of being very light. And it also managed to do so by adding a millimeter of thickness to increase comfort and rebound provided by the FF BLAST™ PLUS foam.

ASICS NOVABLAST™ 3 are on sale in specialty stores and the ASICS online store for 150 euros. 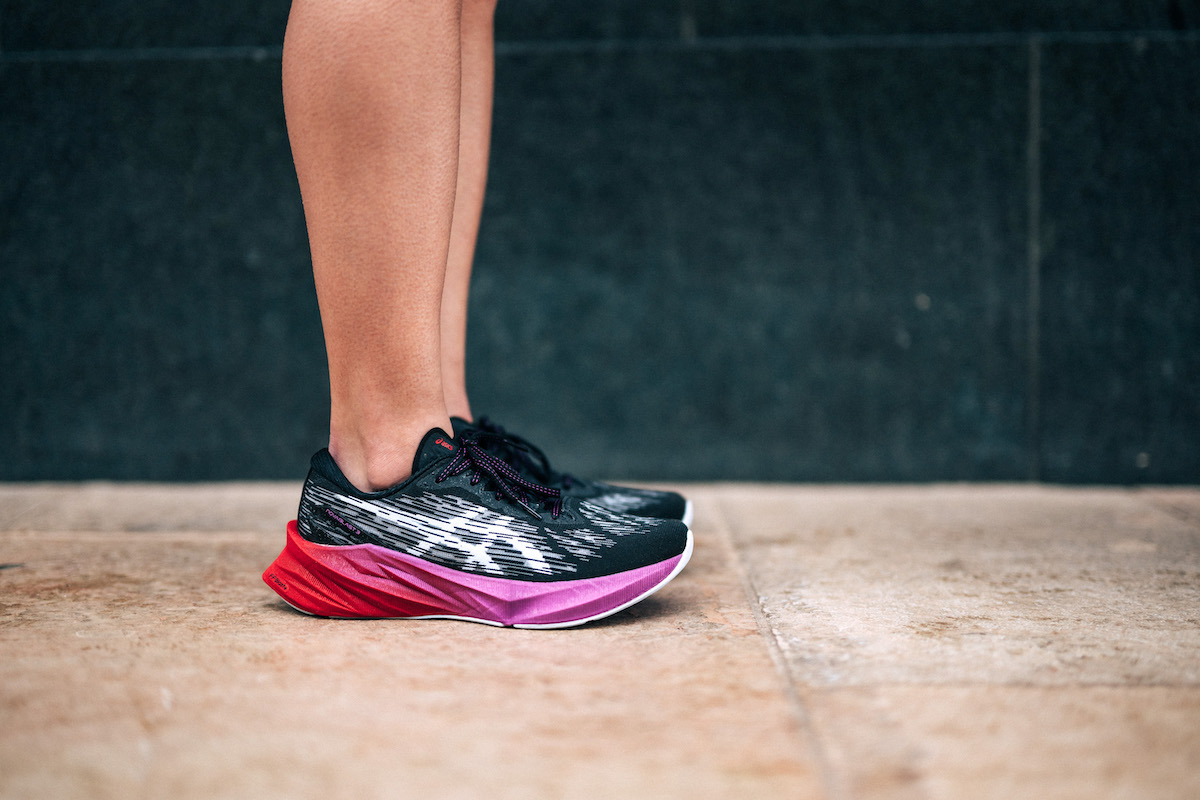