Let’s start with an observation: looking at a running shoe-almost any running shoe-you may be amazed at the high degree of technological sophistication achieved or you may appreciate its design but the fact that it can also be sustainable is hardly the first thing that comes to mind.

What is meant first and foremost by sustainable? That it has no or very little impact on the environment, speaking of course of environmental sustainability. Let’s clarify another key aspect right away: sustainability is not limited to the shoe as an object in itself but also to its prodction systems, how it is transported, used (by you) and then disposed of. It is what is called a “product life cycle”-the smaller the environmental footprint of an industrial product, the more sustainable it can be considered.

Back to our shoe: the upper is made of clearly plastic-derived mesh or, when made of a woven canvas, it never betrays its less-than-natural origin. In turn, the midsole foams are more elastic than natural.
Our beloved running shoes do not look precisely like the most environmentally friendly things we use for running.

This is still largely true today and certainly was true years ago, but it must fortunately be recorded that more and more companies are proving to be more environmentally sensitive and are investigating alternative solutions. 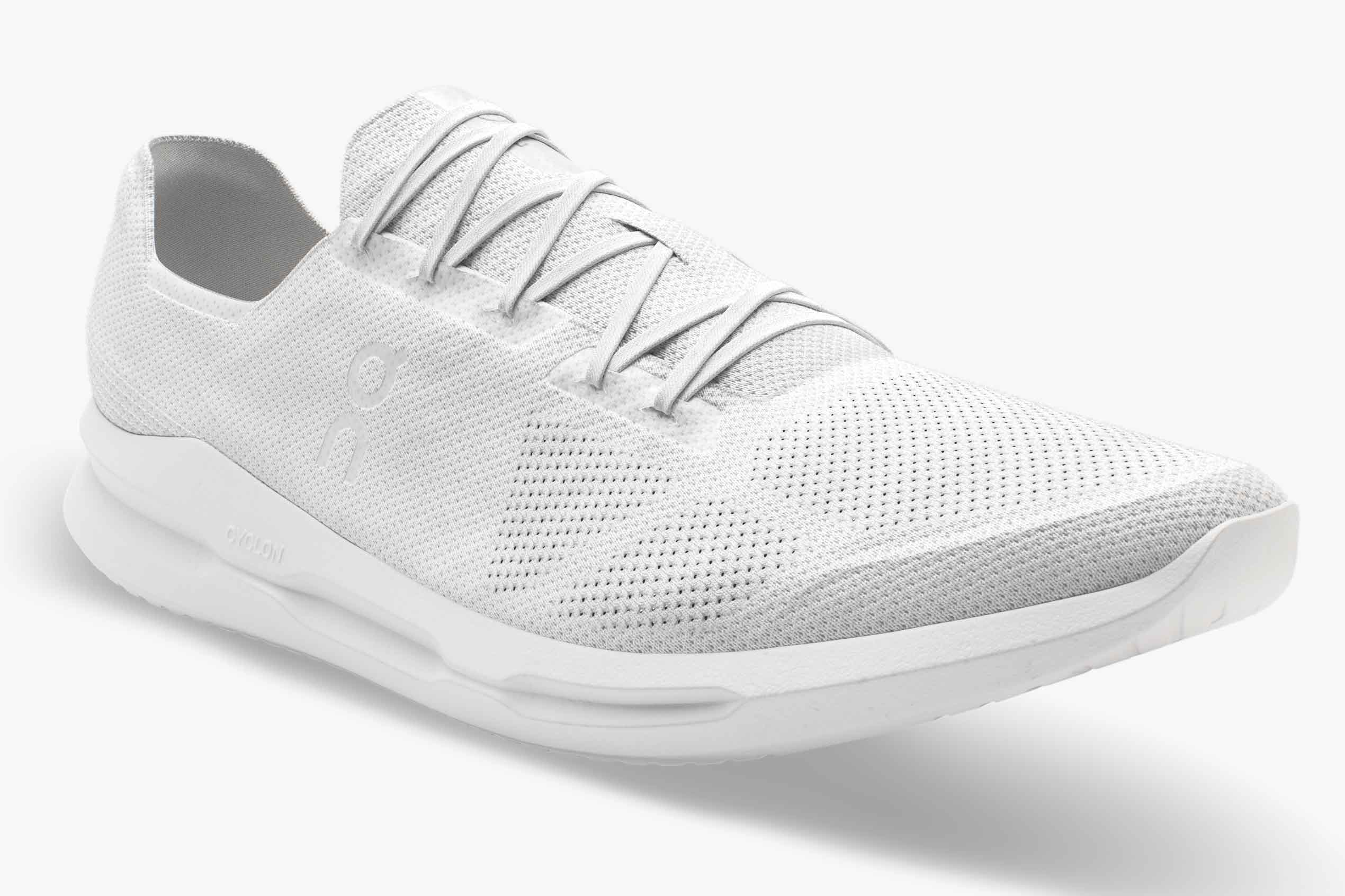 Swiss On is one of them: its Cyclon model. has an upper made of Ricinus Communis, vulgarly known as “castor oil.” The midsole and outsole are made of PEBAX, a fully recyclable thermoplastic elastomer., and, due to the production system used to obtain the cushioning and energizing foam, they are capable of 65% energy return. That is, it involves, in part due to the fact that the parts (upper and midsole) are heat joined, that no glue is used to produce them, making them in fact 100% recyclable. Plus: and you can’t own it.

The only way to get it is to take out a monthly subscription that entitles you to have a new model delivered directly to your home after 600 km of use or at least twice a year. Calculator in hand, they make about 180€ per pair, a price absolutely in line with competitive models. 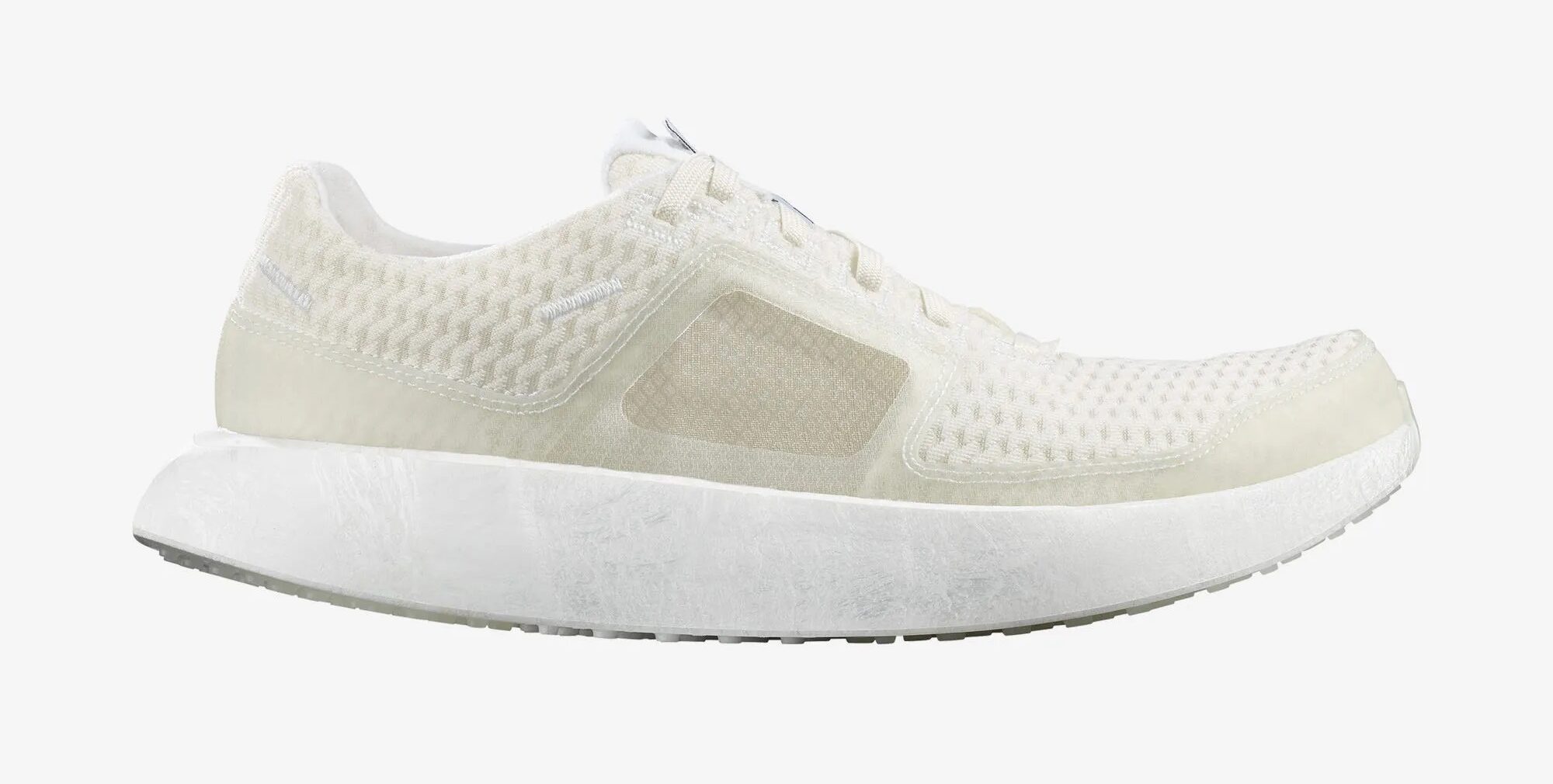 But On is not alone: in April this year, Salomon also launched the Index.02 project, a unisex running shoe that costs €200 and consists of a recycled polyester upper and a midsole that can be shredded and buried when it reaches the end of its life. Finally, there is a coupon in the box to send back (free of charge) the worn-out shoe to various collection centers that handle its recycling. 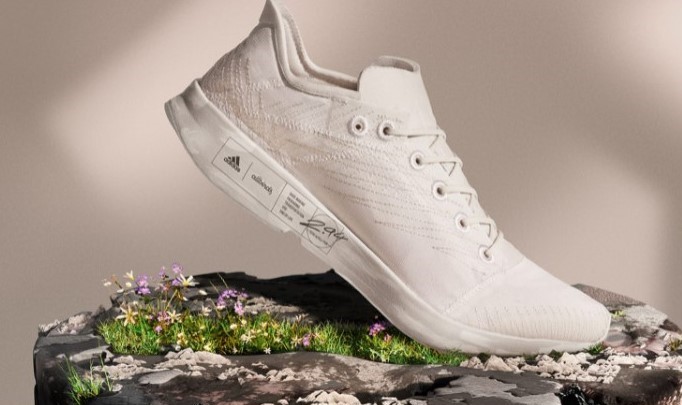 Another interesting project is that one of adidas called FUTURECRAFT.FOOTPRINT, the first model developed together with Allbirds and which will be available to the general public in the spring of 2022, minimalist and with an overall environmental impact (production, packaging, transportation and disposal) of less than 3kg of CO2 per pair, which is 60 percent less than a traditional model. adidas, it should also be remembered, has been one of the most environmentally conscious companies for years, starting with its partnership with Parley, thanks to which many of its products are created using plastics recovered from the oceans. 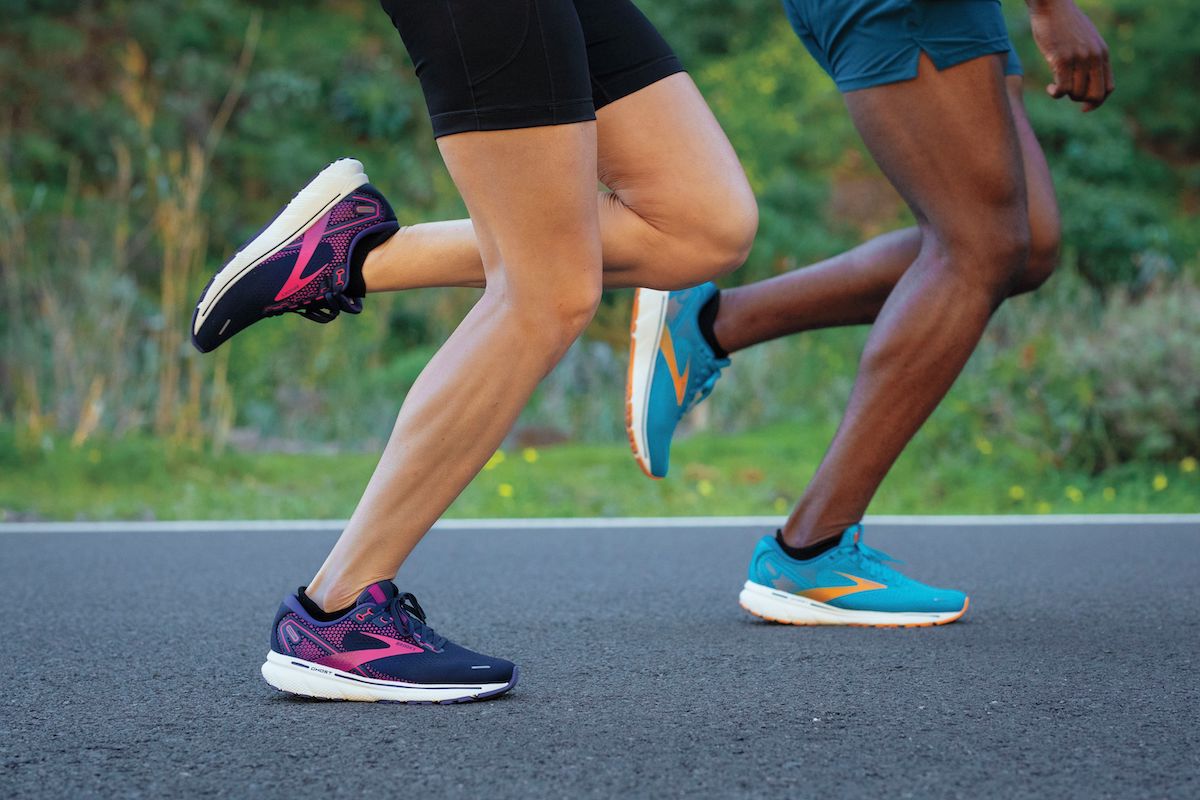 As I said at the beginning, however, the sustainability of a shoe is not only about its being recyclable-it is its entire life cycle that needs to be sustainable. In this regard, the most comprehensive and recent approach is that of Brooks, which, with the new Ghost 14, has launched its first largely recyclable model that ushers in the American company’s path to being carbon neutral by 2030. To do so, in addition to using parts that contain at least 30 percent recycled plastics and others from fully recycled materials, Brooks wants to make up for the unavoidable (for now) environmental impact by funding forest replanting to offset the carbon dioxide developed in industrial processes, with the prospect of canceling it out altogether.

The commitment from many brands seems to be there. It is plausible that many others, if the market sensitizes in that direction, will follow suit. However, a very important part has to be done by us: not only by choosing products according to their environmental sustainability but also by actively participating in their disposal. In fact, recycling is the aspect over which companies have the least-if any-power: for their part, they can only show their willingness to receive worn-out shoes and recycle them, but the responsibility of shipping them is all on us.

The solutions, even if partial, are there and increasingly there will be. In the nearer and nearer future, however, we will have to share this responsibility with companies, not only by buying and running with sustainable shoes but also by glazing them judiciously, thanks to plans set up by individual brands.
A relative effort for a very important goal: to bring the life cycle of a sustainable shoe to a sustainable conclusion. Closing the circle, in short.

(Partially inspired by “Can Running Shoes Become Sustainable?” on Triathlete)

How will we run in the future?

Do we still know how to listen to our bodies?

I’ll tell you later why I do it

A sport to invest in

The shoe of the future

Aren’t we going too far with technology?