Exceed one’s limits and push oneself even further. That’s the ambitious goal of adidas’ new running shoe, designed to offer runners the ultimate in reliability, protection and support. Adistar is inspired by perpetual motion: designed to cushion the footing and impart momentum from the first step to the last, the new shoe features a cushioned collar and tongue and an upper partially made with Parley Ocean Plastic, the recycled plastic recovered from waste in the oceans.

But Adistar also boasts a dual-density midsole: REPETITOR foam, which is soft and responsive, joins REPETITOR+, a second, stiffer and denser foam made from 15 percent recycled material. The midsole geometry is arched due to a 6mm difference in stack height between the heel and toe. The design of the shoe, which is unisex, is designed precisely to accommodate the anatomical differences of the male and female foot. The internal, cage-like support system allows, once the laces are fastened, to wrap around the foot for maximum stability. 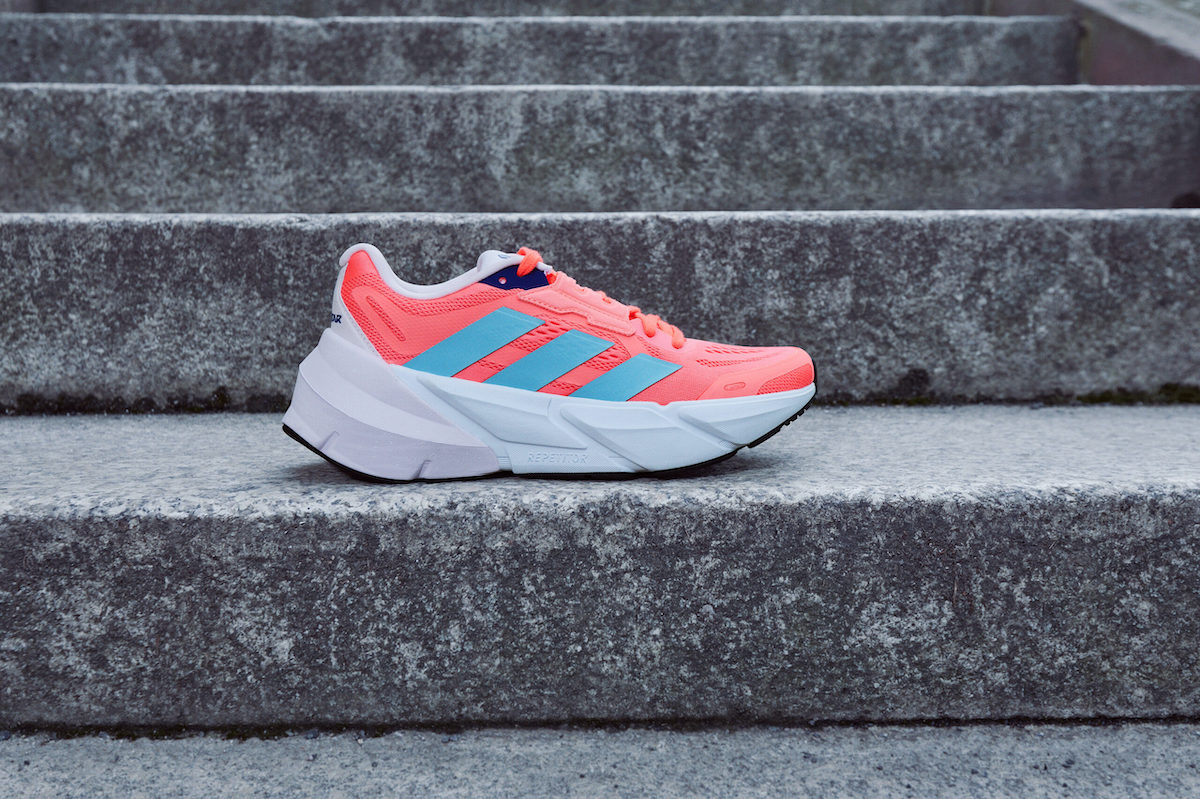 Adistar is available in shades of blue for the men’s version and in the Turbo Red color variant for the women’s version. Available in both adidas stores and on the website.