Human creativity can be expressed in a thousand ways. One of these is undoubtedly Strava, one of the most widely used apps to track your runs. How is it possible to be creative with a running app? Those who use it already know that: at the end of each running session (or biking but also skiing, swimming or walking), Strava returns a report showing the parameters and a map of the run. Which looks very much like a pen stroke, of the app’s characteristic orange-red color. This thing has inspired a great many athletes who use it to literally “draw” their runs on maps, creating compositions that often astonish in richness of detail and inventiveness (particularly those on bicycles because they allow them to cover greater distances and thus better detail).

We have talked about this several times before: when, for example, a soldier – deployed to a secret military base – could not give up his training and unwittingly revealed the exact perimeter of the base around which he used to train. Other times somebody wrote messages of hope by running before the Boston Marathon. Misspelling them. I also happened to accidentally draw a T-Rex sitting on a very small stool while running in Antwerp. 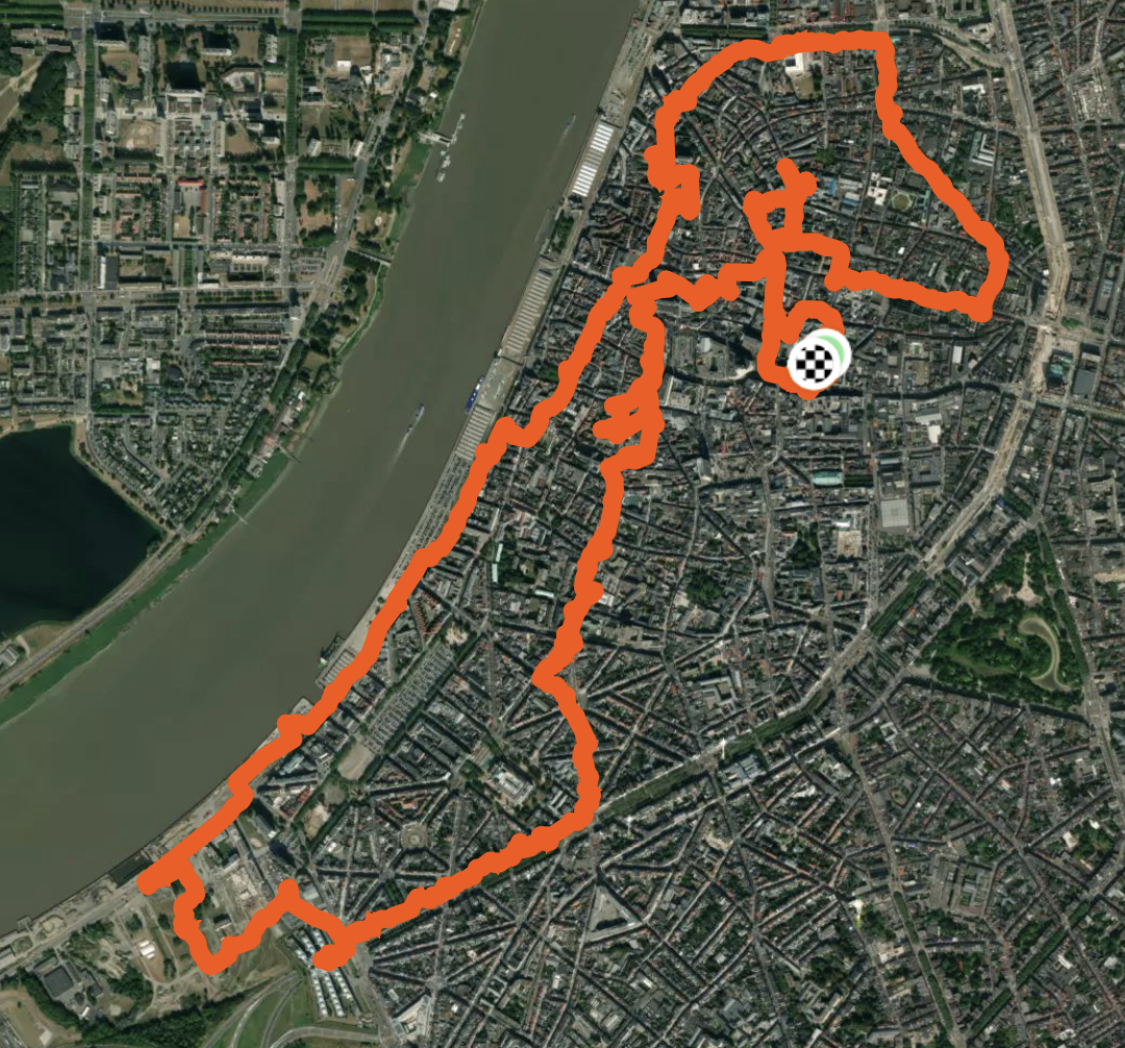 However, when people do it deliberately, using movement to express their artistic flair, then it taps into a different level and should be celebrated. As does Strav.art, a site and Instagram account that collects the most artistic workouts sent directly by hundreds of athletes or less each week.

There are Tom Selleck, David Bowie, there are perfect hoops and basketballs, there are insects and animals, and there are also those who traveled 6,500 miles along Great Britain (by car, of course) to compose an immense Halloween sign. There is such a variety that the website decided to collect and categorize the by genre. And if you think they are fakes, each card lists the author and the link to the specific training, to verify that no one is cheating.

It is impossible to report many of them because they are all beautiful and carefully selected by Strav.art. The advice is to allow yourself to be captivated by the creative explosion of all these people who manage to express themselves artistically even when they are running or biking (or even driving, for that matter).