The best running quotes you absolutely must know

It’s a truth that every runner knows and experienced at least once: sometimes you don’t have the motivation to slip on your running shoes and go out for a workout. From the less-than-favorable weather to the long accumulated fatigue, there are days that the mere idea of putting our noses outside the house terrifies us.

What to do then to regain motivation? A good idea is to take inspiration from quotes about running, perhaps spoken by the very people who, like you, have experienced moments of discouragement, or faced numerous obstacles before reaching important milestones and podiums.

So here are some of the best running phrases (in our opinion!) to combat laziness: all you have to do is read them and start running!

10 phrases about running to recharge yoruself

It doesn’t matter what you find at the end of a run, what matters is how you feel while you are running. The miracle is not to have reached the finish line, but to have had the courage to start.

This beautiful thought is from Jesse Owens, U.S. sprinter and long distance runner, who won four gold medals and was the undisputed star of the 1936 Olympic Games in Berlin.

I love running; it’s something you can do relying on your own strength. On your feet and the courage of your lungs.

Another great U.S. athlete, Dean Karnazes, on the other hand, said this beautiful quote about running, which is very useful to remember when facing a challenging race:

How do you run an ultramarathon? Inflate your chest, put one foot in front of the other, and don’t stop until you cross the finish line. 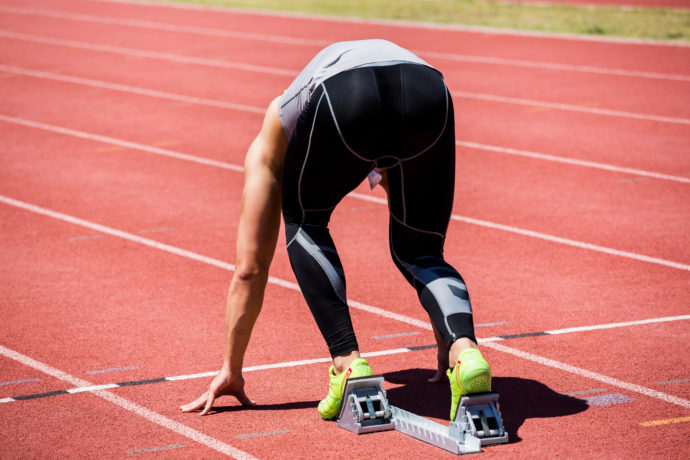 Dean Karnazes taught us a lot about motivation. He himself never gave up, as this aphorism of his shows:

Run when you can, if you can’t, walk, and if you can’t walk, crawl. Do what you have to do, but never give up.

That’s exactly what you need to do too, whatever your goal is!

U.S. runners seem to be especially motivated and inspired, because the next one about running is from Shalane Flanagan, a U.S. marathoner and middle-distance runner who won the 2017 New York City Marathon. Shalane said:

All runners are strong. Each of them has a small fire inside that, even in difficult times, cannot be extinguished.

Another runner, also from the U.S. but a naturalized Greek, with good thoughts on running is Alexi Pappas:

Training is like building a sand castle. Every grain of sand is important, even if you cannot see them one by one.

Not all motivational running phrases are from famous runners, like this one:

The beauty of learning to run is that then you don’t feel like walking anymore. And you get used to going faster than others, fast toward your dreams.

The author of this aphorism, in fact, is anonymous. 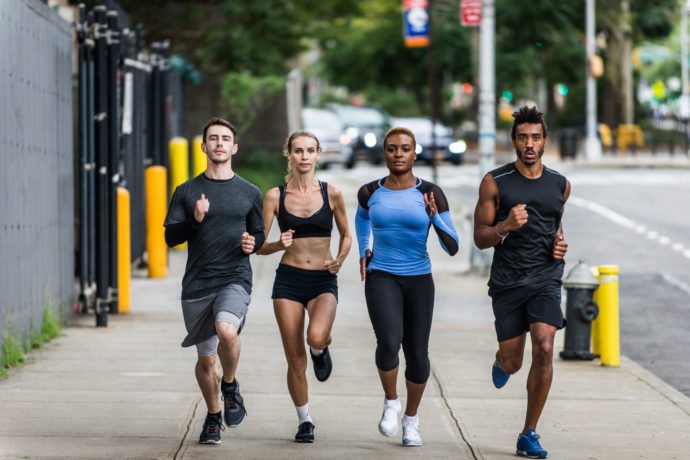 However, there is no doubt that when someone famous says a motivational phrase, that one sticks out more. This is the case of Haruki Murakami, a Japanese writer and runner, who wrote an autobiographical book about running. In “What I Talk About When I Talk About Running“, Murakami talks about his own experiences on long-distance running, fitting them into his personal and artistic history. And in a particularly significant passage we read:

Pain cannot be avoided, but suffering is optional. Suppose for example that while running one thinks, “I can’t do this anymore, it’s too tiring.” Fatigue is an unavoidable reality, while whether or not one can make it is up to each one of us.

Coming to Italy, Stefano Baldini, a former Italian marathoner and middle distance runner who was the 2004 Olympic marathon champion in Athens. His motivational thinking about running is this:

Running is a beautiful activity in itself. Just slipping on a pair of booties and walking around the block is nice. Carving out an hour of free time from the commitments of the day (work, family, duties) and devoting it to quietly listening to your body is good. Because it feels good to disconnect, to get off the runaway train that most people’s daily lives have turned into.

Finally, we close this short inspirational gallery with one of the most famous runners-Forrest Gump.