Airia One – The story of a love story 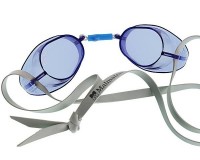 When I wore the Airia One running shoes for the first time, it reminded me of Swedish swimming goggles. When I first put on a pair of plastic, transparent cups helt together by a simple cord, with no gasket, I thought to myself ”they will never work”. I was wrong.

Airia One is also Swedish

So, what is it about the Swedes? They create objects that make you think, “Nope, they will never work.” Then you try them and think, “Why isn’t everybody doing this? Why doesn’t everyone make goggles like the Swedes?”. And now I have to say the same thing about these running shoes. While running in them I thought, “These are … what to the Americans say; game changers – things that change the rules of the game”.

The Airia One shoes arrived along with a sheet that said “Do not dare to walk with them: just run.” Try them and you will understand why. Rarely I have worn such uncomfortable shoes: if you walk in them you feel there’s something strange, something that does not work. As if I had put on the wrong socks or they had curled. What are these two bumps that I feel on the outside of the forefoot? You will never work, Airia. You’re doing it wrong Airia, really wrong.

Then I started to run, listening to the noise they were making: they seemed empty. Clap clap. I run the first kilometers but I was still suspicious. I do not trust you Airia, you’re trying to trick me. I kept thinking about how I walked in them before I started running, and how they persistently tried to push my forefoot towards my big toe.Which isn’t wrong, mind you, the big toe is the thumb of the foot, it’s logical to put the weight there. Then I remembered the really unusual feature of the Airia One shoe; they have a transversal drop (as opposed to the usual, longitudinal one) right across the forefoot. We’re talking about shoes designed to push your foot to bend inwards, right on the ball of the big toe, loading and unloading the foot where it is best able to bear this load.

The best has yet to come

The nice thing is that all these thoughts were gone right after the first kilometer. I was running strong, like never before. I don’t think I’ve ever run so fast and so naturally with a running shoe. Airia Running say their shoe is capable of improving the runner’s speed by up to 7% and at first I thought this was just bragging. But they are Swedish, they do what they say.
Personally, I have improved my speed by 5-7%. I’m a human being, not a machine, therefore the results vary from day to day, but an improvement is evident. Who can get the most out Airia One? Probably those who are not particularly fast (hey, why you’re looking at me?): those that already run fast have less room for improvement. Finally some good news for us Captain Slow. 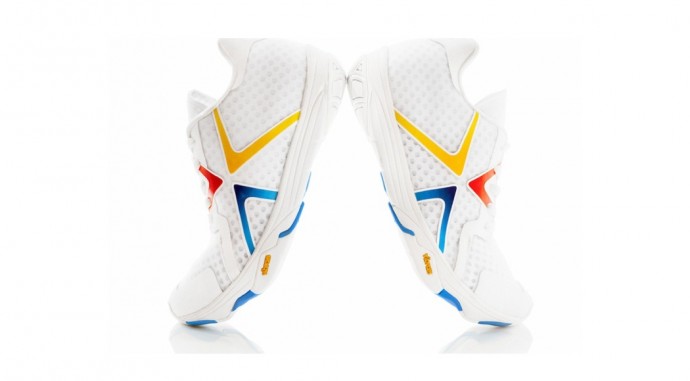 But this is not the (only) interesting part

Airia One, although undoubtedly a strange pair of shoes judging by the shape – did you see that they point upwards? Why they’re like that? – gives you confidence as soon as you putt hem on. But you have to trust them: they push you towards the inside of the forefoot. Do not resist, let them guide you, you will not regret it. After a few minutes you’ve forgotten it and you’ll feel really strong, just wanting to do more and more.

And for those runners who are not forefoot strikers?

Airia One are also lightly heel cushioned. That means you can run in them even if you are a heel striker, just like with your own favourite shoe. The heel is not corrective (over-pronation / supination), and it’s rounded so it is the body itself that chooses how to use it. So you can strike with your heel, it doesn’t matter. This is what you can do:

The magic of Airia is contained in the sole: transversal drop in the forefoot / midfoot zone, rounded heel, all rolled into a beautiful package manufactured by Vibram. There’s a lot of Italy in these shoes, so much so that they are made in the Marche region.

How to get it?

You can buy the Airia One from Airia Running themselves, they sell at $190 (excluding local taxes), discounted by $20 during the launch period. If you’re not satisfied, you have a 30 day money back guarantee. Not bad.